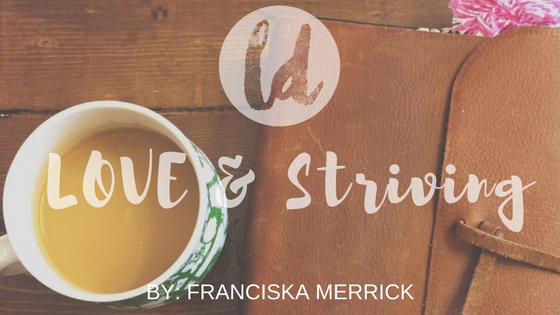 1 Corinthians 2:13-16  And we impart this in words not taught by human wisdom but taught by the Spirit, interpreting spiritual truths to those who are spiritual. The natural person does not accept the things of the Spirit of God, for they are folly to him, and he is not able to understand them because they are spiritually discerned. The spiritual person judges all things, but is himself to be judged by no one. “For who has understood the mind of the Lord so as to instruct him?” But we have the mind of Christ.

It has been said to me, many times, that I am not good enough. Too often have I been condescended to or downright rejected; from the scathing look of a parent, to the disdain of church leaders when I don’t perform satisfactory, there seemed to be no end to the disappointment one kid could inflict on the grown-ups. It would seem that I owned a myriad of infuriating characteristics allied only to me.  I remember this one dominating thought from my childhood, one predominantly overwhelming realisation that I, in fact, suck at life. There were no fantastic dreams of one-day becoming someone amazing, fantasies of career opportunities of note and enough money to have the world as my playground. No, I was the little girl who had traded the glimmer in my eyes for the dull look of the severely overworked; I bartered my optimist for realism and felt keen pride for my ingenuity. I knew that even if I never thrived according to worldly standards, that I would at least survive- this was in fact all I could ever hope to achieve.  With the logic typical of a child, I remained hopeful that I could impress others and gain some semblance of approval, maybe I just had to bide my time in this environment, but soon enough I would be free and surrounded with people who could appreciate me and see my worth. I need to point out I grew up in church, loved God and longed to find Him in everything, yet He felt so far and foreign.

Growing up I adopted the ideology that my righteousness needs to “show.” Always smile, always be friendly, get good grades, never get angry, and don’t ever miss a spot cleaning. My showiness took on a life of its own, usually in the form of bleach, scourers and the toilet bowl.  I interpreted “right standing with God” as never having anything go wrong in my life. In other words, if there was an area of conflict or disagreement, it was an “area of unrighteousness.” Even a slight feeling of discomfort with the way someone responded to my approach caused me to investigate my entire faith life. I would mull over every word of knowledge I have ever received just to ascertain my significance to God. My biggest hurdle would prove to be the relationships I forged in my life. When I encountered conflict with a friend, I would see myself as unrighteous. The disapproving glances (my suspicion would always create awareness of these) of friends would ungraciously act as my conscience. My compensating reaction would be to change and camouflage myself to represent their specifications of acceptable behaviour.

One day God pointed out that every person has free will. Each and every person responds as they see fit. To live from a place of overanalysing others was pride and self-centred thinking at its worst. Imagine my surprise as I was trying my best to be good to others, to have an impact and influence them just to hear I was doing it all “wrong.” Here I was, thoughts doing back-breaking acrobatics to accommodate everyone’s opinions in my already pretty muddied head. I had exhausted every idea I could muster to be good and righteous. God reminded me to rest. That there was nothing I could do in my power to gain righteousness, except to believe and have faith in Him. To believe what He was saying about me. He was saying, “You are good enough.”

I want to point out that there will always be things in our lives that don’t work out the way we had hoped, but that we will always have hope because we have a Father who knows us and understands. Hebews 4:15  For we do not have a high priest who is unable to sympathize with our weaknesses, but one who in every respect has been tempted as we are, yet without sin. There will be relationships that don’t work out, people who don’t like us and don’t approve of our methods and doctrine. Does this mean we are doing “faith” wrong? NO! Your doing everything right will by no means change who someone else is. You can inspire, and the Holy Spirit can use your life as an example and then convict people of their sins, but you are not responsible for their righteousness. How well you perform can never be about someone else. We cannot do well so others will glorify us. Even Jesus’ own brothers didn’t believe in His ministry. John 7:5  If Jesus had to stop and wonder at their disapproval every time, He would never have made it to the cross. If His interpretation of fulfilling His father’s will was how well He was received, He would have stuck with the haters and did things their way so they could water down their resentment. He was surrounded with disapproving and disgruntled friends, family, and neighbours. The disapproval of man is not always an indication that you are not on the right track. There is no more working for the grace to try endure our daily lives, there is no more striving for the mercy or fear of the punishment of a master. It is a beautiful thing to realise you are accepted in the beloved, you are good enough, and you are chosen and have been made righteous.

Just like that little unassuming girl, I now face an unforgiving environment and encounter people who I would say just love being miserable in general. What changed? I did. I truly found God. I found what it is to think like Him. Today, instead of trying to love Him to gain the approval of man, I can love people because He loves me. I can live from a place of, as opposed to living in search of love and grace.  I am His first and foremost thought, daily. I am His chosen and beloved. In His eyes…..There is no flaw in me. YIP!  I said it.